Netflix just announced a shop! US audiences will be able to buy limited edition products from shows like Stranger Things, Lupin and Bridgerton. 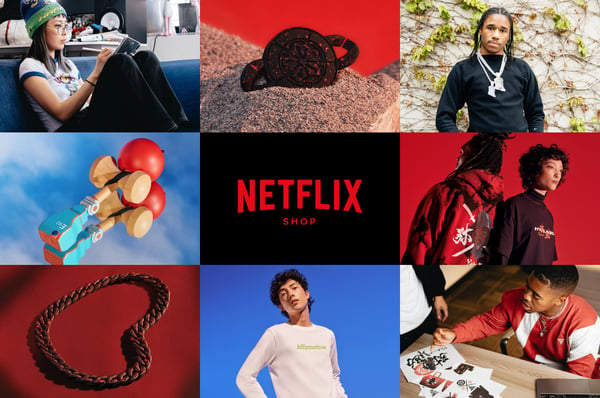 It seems like an obvious idea, but it’s taken a long time to emerge and there’s a buzz building around it.

It’s easy to see why viewers of these shows will buy - they’re avid fans and they’re already doing it! Rights owners have been selling products from Breaking Bad and other shows for years. Netflix is just making it more compelling and easier.

Amazon has also been making a play in the space – partnering with sports organisations including Tottenham & Manchester City to produce Amazon fan stores. Twitch sold out of merchandise from the Amazon Prime Day concert in 2019.

When we (Monterosa) launched the Love Island shop, embedded into the show’s official app, we created a whole new revenue stream for ITV the broadcaster: famously selling personalised water bottles and generating many millions in incremental revenue. The concept has now been adopted across the broadcaster’s other IP including the daily show This Morning. 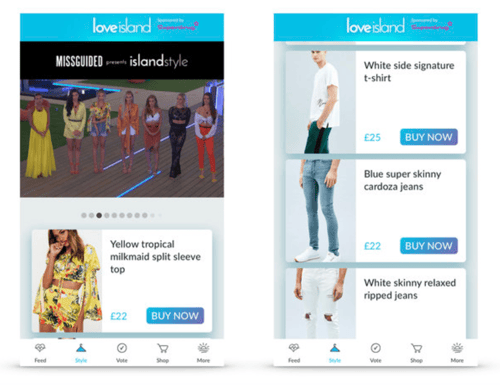 But does Netflix’s new foray into eCommerce represent a shift in gear that’s relevant to the wider entertainment world? We think it might.

Today the line between entertainment and eCommerce is increasingly blurred. Asia-centric streaming apps like Pinduoduo have reinvented the TV shopping channel on your phone. While that behaviour has yet to really catch fire in the west, the long-standing assumption is that buying what you see on TV or streaming video will become second nature. That actually hasn’t happened as quickly as anticipated, but Netflix is a big enough brand that they might just change mass behaviour.

For organisations scrambling for new revenue, carefully curated products available to buy instantly and seamlessly might just be a permanent part of the picture.

Live Commerce for D2C brands: The shortest distance between engagement and sales

The role of fan engagement in diversifying revenue streams

5 Tips for building a live commerce experience on your website

Engaging and monetising audiences at scale with interactive experiences

Powering your digital strategy with a Real-time Engagement Platform