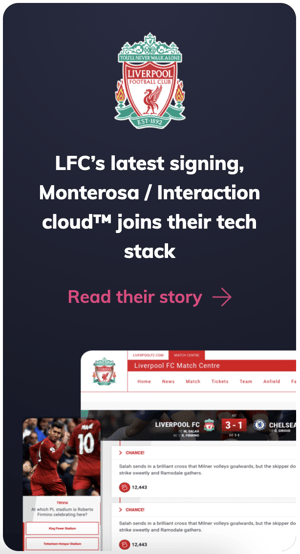 All smart organisations want to connect directly with their audiences - whether they’re existing fans, one-off participants, influencers or prospects.

Being able to nurture a relationship in the world of entertainment, sports or any consumer market, can create a profound advantage and is the bedrock of many direct-to-consumer (DTC) strategies.

‍By bringing audiences into your owned environment, you can keep them engaged on your terms (and theirs), until they’re ready to buy or subscribe. By continuing that relationship beyond purchase, you can then increase loyalty and reducing churn. While nobody would choose to ignore the immense power and reach of social media, search and messaging, allowing yourself to be beholden to tech giants and their algorithms is a risky strategy.

‍You might have adopted one of the following tools, all commonly found in the tech stack of a modern consumer orientated business:

Yet, getting all of these advanced tools installed and working is only the first part of the challenge. If the outcome of your strategy is to build up a mass of people to communicate with, you’re going to need to persuade them to take a hop from social media, email, messaging or the real world, and get involved with an experience you can control.

The hardest part is what happens next - you’ve got to get them to show up in the first place.

A decade ago it might have been sufficient to give away some tickets or run an opinion poll, but today’s audiences don’t want to fill in forms or carry out tasks that have no benefit to them - they want to be part of a buzzy moment, they want to feel rewarded and satisfied that they’re part of something inclusive. They want social currency or hard benefits.

‍Here are a handful of our favourite fan/audience interaction techniques that help attract the attention of users, driving conversions with fan engagement.

The role of fan engagement in diversifying revenue streams

Take live sports to the next level with real-time engagement